Every time two-and-a-half year-old Ellie reaches a new milestone, her parents know it's thanks to another family. That's because when she was just shy of 15 months old, Ellie received a heart transplant.

“It's extremely bittersweet, knowing there was a family out there who had to say goodbye to their child, so our Ellie could receive their heart," says Ellie's dad Andrew.

In early 2018 Ellie's parents noticed she was struggling to feed, and by the time she was six weeks old she was on life support. Ellie was diagnosed with a form of cardiomyopathy — in short, her heart wasn't functioning as it should. Andrew and his wife Kylie were faced with every parent's worst nightmare, their young daughter needed a new heart to survive. 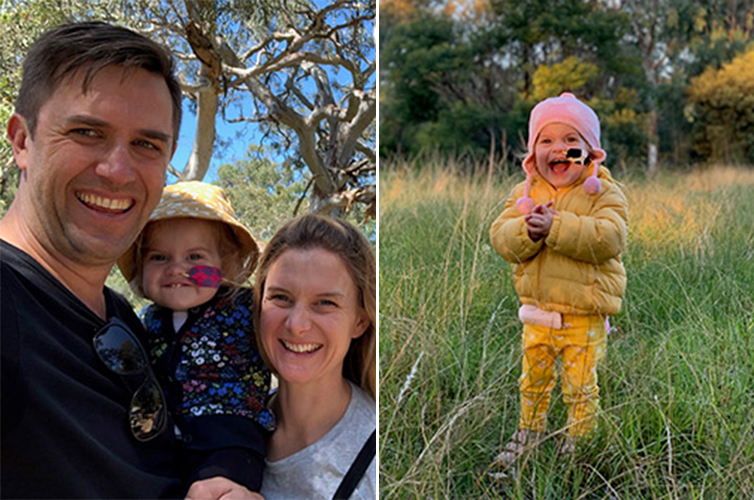 “We lived in fear that she wouldn't make it to transplant," Andrew said.

When Ellie received her transplant, the family celebrated the small, but extremely significant, moments, including changing Ellie's nappy for the first time without being hooked up to monitors, the young girl being able to touch her toes, and her very first bath.

In April last year Ellie was finally able to leave the hospital.

“She loves exploring outside, she has absolutely no fear," says Andrew. “She is our cheeky, funny, intelligent little nugget and we are just savouring every moment."

“Without the generosity of another family, we wouldn't have our Ellie," he adds.

Ellie and her family recently supported DonateLife Week to encourage more Australians to register as organ donors. To register to be an organ and tissue donor, visit donatelife.gov.au/lifeblood. It only takes a minute.